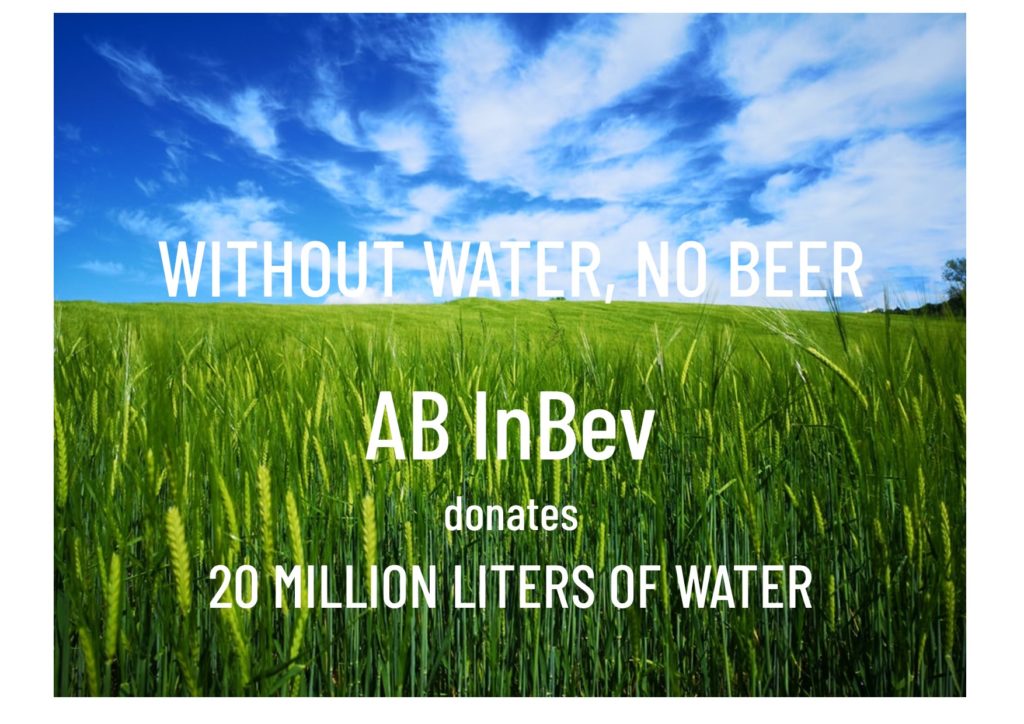 The heatwave and the drought in the months of April and May 2020 remind everyone of how precious water is. The brewery recycles water from their production process and is proud to be able to give it back to nature. Following the example of the City of Leuven, the province of Flemish Brabant has also used the treated wastewater from the Stella Artois brewery, amongst others, in the Kessel-lo provincial park.

AB InBev purifies the water from the brewery process in its own water purification plant. It is used internally for technical applications and also partly ends up back in the Dijle. The reason is simple: without water beer cannot be brewed, therefore AB InBev also sees it as its responsibility to take care of the environment.

The province is also delighted with the water from the Stella Artois brewery. This is a good example of water reuse. From June to August already 1 million litres of water has been used by the Green Services Department of the city of Leuven for their trees and plants.

The partnership with the city of Leuven has been in place since 2018 and more and more partners are showing their interest. The water has the necessary certificates and is immediately available.

Due to increasingly frequent droughts, AB InBev had decided to shift up a gear last summer. In addition to delivering the Green Services Department, AB InBev also provided water to farmers in the region. To this end, AB InBev announced a constructive partnership with the Boerenbond, a good example of smart and efficient water management that will ultimately benefit everyone. AB InBev and Boerenbond are not only quasi ‘neighbours’ in Leuven. One direction for both organization; sustainable and as much circular entrepreneurship as possible is the way of the future.

They donated 20 million litres of purified brewery water to agriculture free of charge.

Farmers collected water daily from the breweries of Stella Artois and Hoegaarden with help of the Boerenbond, who facilitated the collection. Groundwater reserves were still far too low at the beginning of the summer and despite the rainfall that followed, there was still water scarcity. Because water is an indispensable good for agriculture and therefore for food supply, AB InBev decided to donate its purified brewery water – residual water from brewing and other processes.

With the help of Fevia Vlaanderen, the federation of the Flemish food industry, AB InBev was also able to obtain the necessary permits from the Flemish government in the short term. Thanks to the so-called raw materials declaration, AB InBev assures farmers that they can use the brewery water for their fields.

For AB InBev, water efficiency is by nature a crucial issue. But more than just an important ingredient in beer and an essential raw material for growing the natural products from which they brew beer, water is also an essential resource in our society. The brewer constantly keeps water consumption as low as possible during the brewing process and gives the used water a second life.