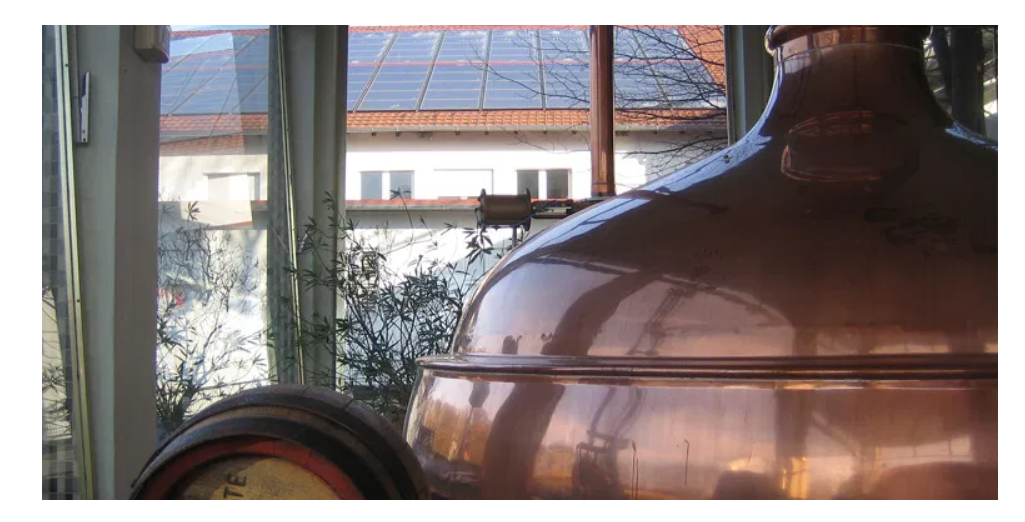 Flat-plate collectors and heat buffer storage in the brewing process

The Hütt-Brauerei Bettenhäuser GmbH & Co KG is a mid-sized private brewery in the Kassel region. The brewery is family-owned in 9th generation and has been brewing beer since 1752.

To integrate renewable energy in the production process and reduce their energy bills, The Hütt-Brewery built a solar process heat plant putting an end to the use of the fossil fuel gas-heated steam boiler. The energy concept also included the renewal of the production machinery, replacing the atmospheric wort boiling with a boiling process improving heat recovery.

The solar heating process system consists of 22 rooftop integrated flate-plate collectors with a total area of 170m2 on the rooftop of the administration building. The plant produces every year up to 70 Mwh heat stored in a buffer tank with a temperature of max. 95°C.  The tank mainly supplies mashing and lautering with hot water.

The project was funded by the German Federal-Ministry for the Environment and realized by the University of Kassel. The university was mainly involved in the development of the new energy concept, assisting the planning of the solar heat process and conducted a monitoring of the system. The planning and tendering and construction supervision was done by the company FSAVE Solartechnick and the installation by the company ThüSolar GmbH.

The project cost around 96,000 €, 50% given by the German Federal Ministry of the Environment as part of the project “Solarthermie-2000 plus”, making the solar heat price 50 €/MWh.