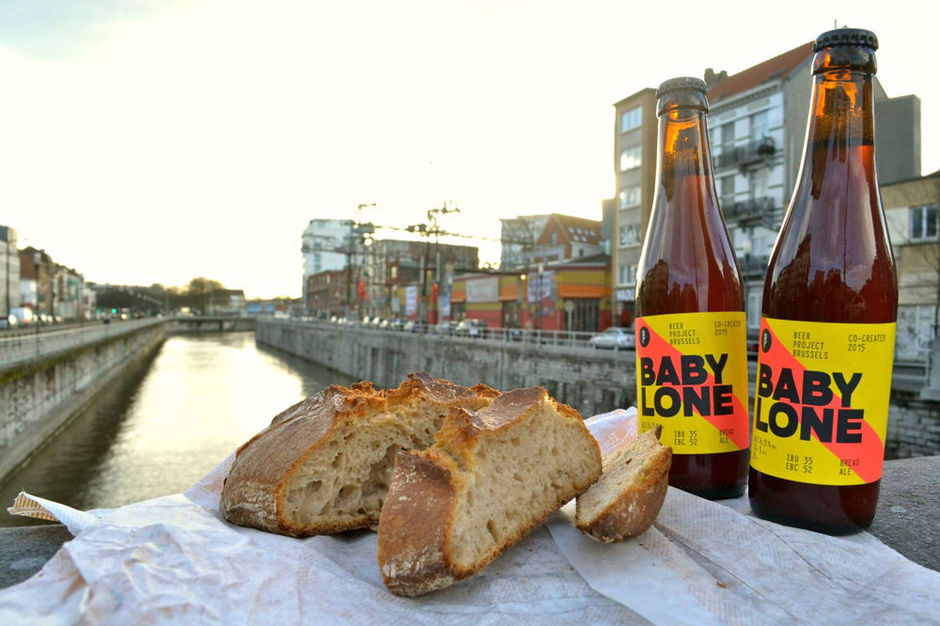 Thanks to The Brussels Beer Project, unsold bread is recycled and reused in great Belgian beers. Babylone is a beer that pays tribute to the Babylonians who brewed beers from bread for our ancestors seven thousand years ago.

Since 2015, The Brussels Beer Project collects unsold bread from local bakeries to make beer, therefore reducing the amount of malt needed to make it. Replacing 20% of the malt with freshly baked, unsold bread, gives the beer a pleasant caramel / toasty edge to the palate.

Since The Beer Project launched the initiative, it has become a true model of the circular economy in the craft beer industry, with hundreds of breweries and microbreweries around the world incorporating bread into their beer recipes.

In fact, as much as 12% of global food waste is related to fresh bread that is thrown away.
Today, The Brussels Beer Project is proud to fight against food waste by recycling no less than 10 tons of bread per year.

This is how the loop is closed

Closing the bread loop, but not only that!

The Beer Project is founded on experimentation and making a positive impact, and is constantly looking to push its boundaries by finding new ways to create.

In the past, The Brussels Beer Project had launched Tante Tatin, a seasonal beer made from unused apples reclaimed from private gardens. This recipe was made possible thanks to a partnership with the non-profit organization FruitCollect, which collects, in private gardens, fruit that has fallen from trees, unused and destined to rot.

Another partnership has been created with the biscuit and cookie maker, Maison Dandoy, to produce a beer based on the speculoos broken during production. It is a stout, or black beer, which has been infused with biscuits, giving it accents of cinnamon and cloves.  At the same time the biscuit factory has created a new cookie made of 15% of beer spent grain, in order to combat the waste of this food with a high nutritional value in terms of fiber and protein.

Recently, The Brussels Beer Project and the Savonneries Bruxelloises have entered into a double partnership with circular practices. On the one hand, it aims at producing soaps based on brewery grains and hops, and on the other hand, a beer using ingredients used for soap making.