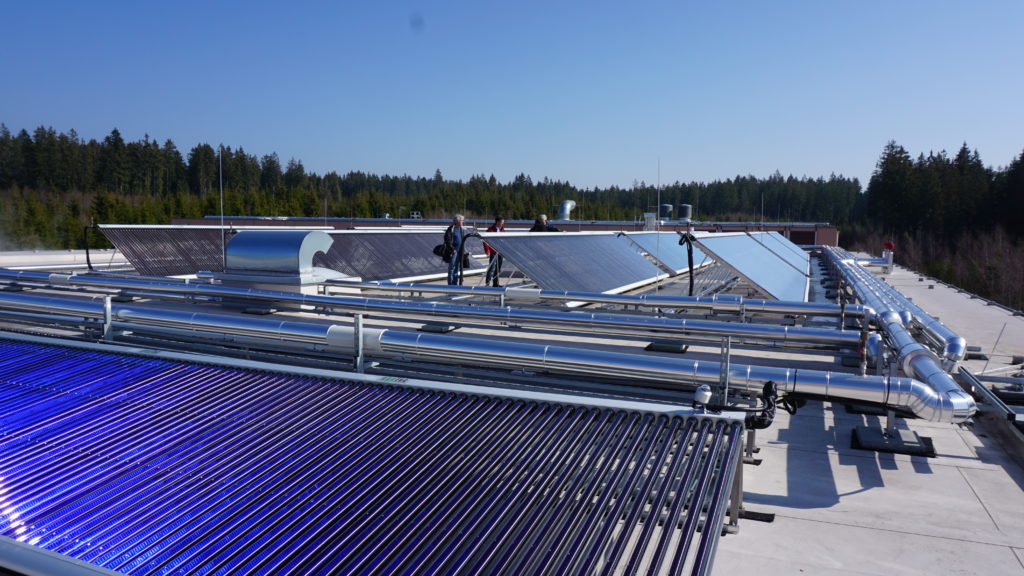 Transition to solar energy by the Rothaus Brewery in Germany

The passion for brewing beer has been cultivated at the Badische Staatsbrauerei Rothaus AG since 1791. Traditional craftsmanship, the Rothaus brewing process, the best regional raw materials and crystal-clear, soft water from seven of the company’s own springs are the perfect basis for the fresh quality beers such as the popular Tannenzäpfle.

Rothaus Brewery is located brewery in Grafenhausen in the Upper Black Forest at an altitude of 1,000 m, the highest location of a brewery in Germany, currently employs around 250 people.

The brewery has been using sustainable energy production based on wood chips for several years now to reduce its heating oil requirements.  In addition, a solar process heating plant with a collector area of approx. 1,000 m² was put into operation in 2018 to further reduce the consumption of resources.

The solar system, which was realized with vacuum tube collectors, is installed on various hall roofs as well as on an external facade. It supplies two bottle washing machines with process heat in the temperature range above 85 °C via its own heating network of 400 m single pipe length. A 50 m³ hot water tank was installed to store the solar heat, which can be charged by the solar system with up to 120 °C.

Since the production volume and thus the heat demand increases in the summer months due to seasonal factors, the entire heat generated by the solar system can be used directly in the brewery. On weekends outside production times, the brewing water reserve can also be heated by the solar process heat system.

Despite the relatively high temperature requirements, the yield of the solar system is about 400 MWh/a. This is possible because of the use of vacuum tube collectors, which are still very efficient at this temperature range, and a continuous, good insulation of the solar heating network. Thus, a saving of 120 tons of CO2 per year is achieved by the solar system.

The decision for the solar process heating system and against a photovoltaic system on the roofs of the brewery was made consciously, because the yield of solar thermal system in kWh/m² collector area is higher by a factor of 2.5 to 3 compared to PV.

The cost of the system, including the process integration and after deduction of the subsidy, was a good €770,000, with approx. 30% of the costs being caused by the conversion of the bottle washing machines and the solar heating network. All piping and components were made of stainless steel to meet hygiene requirements.