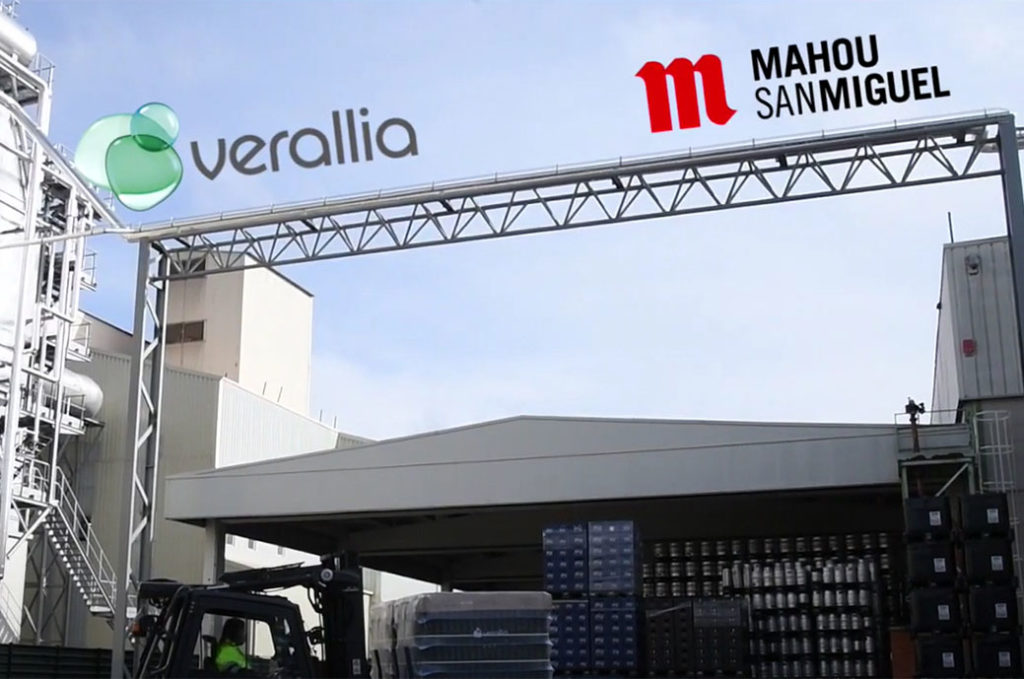 Mahou San Miguel, a leading Spanish brewer, and Verallia, a leading manufacturer of glass containers for the beverage and food sector, have launched a joint project to improve the energy efficiency of their production centers in Burgos, Spain.

The initiative involves using Verallia’s residual energy generated in the glass melting process for Mahou San Miguel’s brewing process, thus eliminating part of the natural gas used. With an associated investment of 2 million euros, the system has been fully operational since last October, enabling both companies to significantly improve their environmental indicators.

The brewery has reduced by 60% the consumption of natural gas in its production process, which translates into a reduction of CO2 emissions in the same proportion. Verallia, on its side, has reduced the residual energy temperature of its glass melting process by 40%, making it more efficient. The recent renovation of their furnaces now enables them to generate energy with an output of 3,800 kW.

To make this project possible, a thermal energy recovery system was installed in Verallia’s furnaces, which generates dry saturated steam that is sent to Mahou San Miguel’s steam production plant. A feasible engineering work thanks to the proximity of the facilities that both companies have in Burgos and which has been executed by the energy company Engie. The initiative was recognized in the seventh edition of the Enertic Awards in the Industry 4.0 section as an outstanding case of innovation.

This collaborative project is part of the environmental commitment of both companies and reinforces their actions for the responsible use of natural resources and the adoption of sustainable practices throughout the value chain. Thanks to the efforts made in this area, Mahou San Miguel’s factory in Burgos has reduced its CO2 emissions per unit of production by more than 52% since 2000 and, last year alone, avoided the emission of 6,426 tons of CO2 into the atmosphere. The brewery, which aspires to become an active benchmark in this area within the FMCG sector, has set itself the goal of reducing its carbon footprint by 10% by 2025.