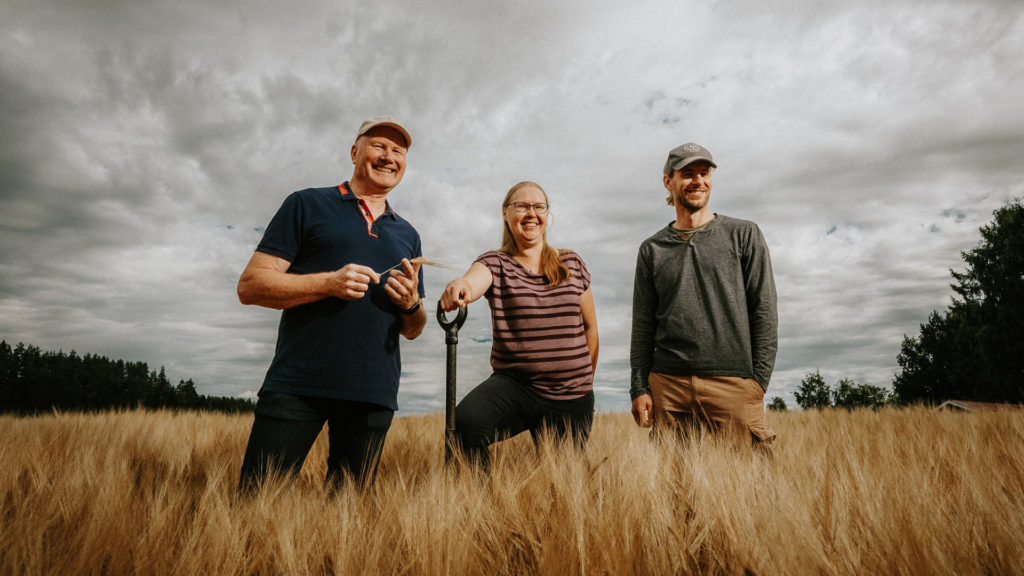 Finland’s oldest and most popular Christmas beer, KOFF Jouluolut, is being made this year with the malted barley from two regenerative farms. The barley is grown at the Carbon Action farm of Sirkku Puumala and Patrick Nyström in Vihti, and at the Antti Finskas farm in Vuolenkoski in Iitti. Both are located near the Sinebrychoff brewery.

KOFF Christmas Beer farmers have once again been selected from Viking Malt’s contract farmers. The journey of malted barley can be traced from the field to table – 15th time this year. In addition to the auditing carried out by Viking Malt, Baltic Sea Action Group (BSAG) assessed the impact of the farm’s operations on the Baltic Sea.

The audit and assessment examined farm cultivation, variety selection, fertilisation, crop rotation, drying and storage of barley. Importantly, all resources that are put into the field are also recovered from there.

“Our farm is one of about 100 Carbon Action farms in Finland,” says farmer Sirkku Puumala, about her 200-hectare Verkatakkila farm. “On the Carbon Action platform, farmers and researchers share their experiences and expertise in regenerative farming. It is also important for us that the value chain that buys our barley shares our values and all the players in the chain participate in environmental work together.”

Farmer Co-operation Coordinator Soja Sädeharju from Baltic Sea Action Group welcomed the initiative. “It has been a pleasure to follow for many years the enthusiastic and open-minded experimental take of Verkatakkila farmers to improve the growing condition of the country and benefit the environment. The Finskas farm is also doing fine, long-term work towards the same objectives. In recent years, both farms have invested in the use of collector plants with malted barley, thus increasing the diversity of the farm,” she says.

This is the second year that farmer Antti Finskas is providing barley for the KOFF Christmas beer. “Producing good and high-quality harvests sustainably is our idea of action. Collaborating and learning new in a knowledgeable network is inspiring. Farming is also climate work,” he says.

The Finnish Carbon Action platform explores and develops ways to speed up and scientifically verify soil carbon storage. The platform also promotes the introduction of regenerative crop measures that mitigate climate change and improve the growing condition of the soil.

Carbon Action is a pilot project assembled by the Baltic Sea Action Group (BSAG) and launched with start-up funding from the Finnish Innovation Fund Sitra in 2017, with research cooperation by the Finnish Meteorological Institute. The Carbon Action pilot has grown into a collaborative platform with multiple projects, funders, farmers, advisors, researchers and companies.

Sinebrychoff is a carbon neutral brewery, meaning no carbon-based energy is used at the Kerava brewery or at the soft drinks department. In addition, small residual emissions in production have been compensated.

Carlsberg Group announced a new version of its sustainability programme in August, now called Together towards ZERO and Beyond. “One of the new themes is regenerative farming, which is what KOFF Christmas beer represents. The carefully audited KOFF Christmas beer has been our spearhead as a sustainable beer for a long time, and it is hard to find a more ecological beer in Finland,” says Marja-Liisa Weckström, Corporate Affairs Director at Sinebrychoff.

KOFF Christmas beer was first introduced in 1987. It is a golden brown, soft and full-bodied Viennese-style lager. 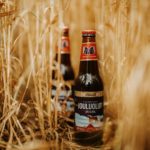 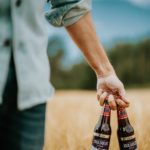 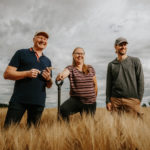