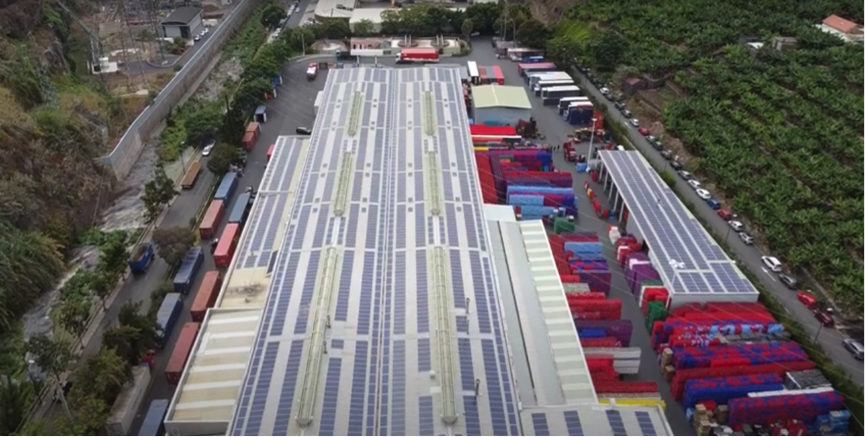 Empresa de Cervejas da Madeira (The Madeira Beer Company) is the largest regional producer and distributor of beverages in the Autonomous Region of Madeira, Portugal.

Over the past few years, the Madeira Beer Company has invested in developing more environmentally sustainable processes.

It was also the first Portuguese brewery to commit to a set of rules and standards created by the International Organization for Standardization to help companies reduce industrial waste and environmental damage (ISO 14000) back in 2003.

In fact, back in the 70’s they implemented a CO2 recovery system that uptakes most of the CO2 that is naturally produced by the yeast during the fermentation. In the past 50 years, the system was adjusted, updated, and resized.

One of the recent measures adopted was the installation in the entire coverage of its main warehouse, of 2.273 photovoltaic panels with an electrical power of 750kw. The solar panels cover an area of 5,000 square metres at the factory and allow an annual reduction of 400 tons of CO2 emissions. The size of this installation makes it the second most powerful electric solar energy production facility on the island of Madeira.

“This measure is a natural consequence of the development of environmental awareness focused on adopting more effective ways of serving the market, in favour of the quality of life for the next generations”, the company points out.