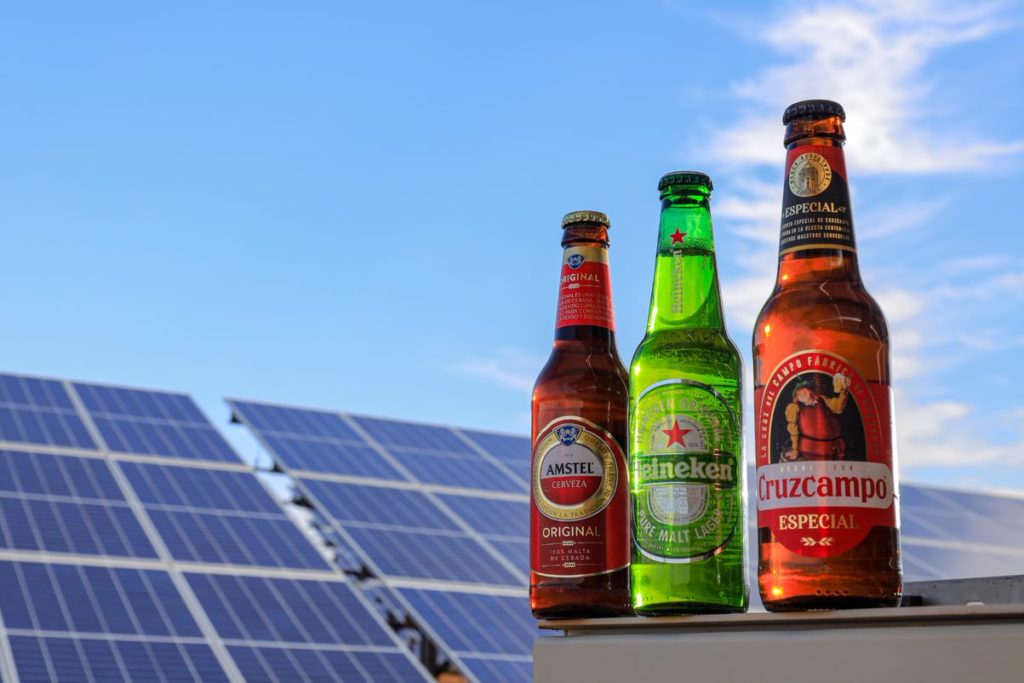 Brewed by the Sun

This major milestone in Heineken’s ambition to be 100% carbon neutral by 2023 was made possible by the signing of an 11-year solar deal between Heineken Spain and Iberdrola.

Heineken Spain works to produce beers that the world, the people and the planet will love. For years, it has made sustainable development an integral part of its corporate culture and today its ambition is to be the greenest brewery in the world.

This philosophy is embodied in initiatives such as its commitment to renewable energy. By partnering with leaders such as Iberdrola (a company that shares its colours) Heineken Spain promotes initiatives that contribute to a green recovery and ecological transition.

The new photovoltaic plant was inaugurated on 30 September in Huelva – a large facility covering an area of 100 hectares. Thanks to this project, part of a long-term 11-year agreement with Iberdrola, the Heineken España family is the first Spanish brewery to produce all its beers and cider exclusively with 100% renewable electricity. This represents more than 4.2 billion cans per year (over 2 billion Cruzcampo cans, over 1.2 billion Amstel cans and 800 Heineken cans) transformed into beers made with the power of the sun.

Thanks to this new photovoltaic plant, which has almost 150,000 solar panels that will produce 82 GWh per year, all four factories and all offices of Heineken in Spain will be running exclusively on 100% renewable electricity from October. This will prevent the emission of 15,000 tonnes of CO2 into the atmosphere each year, equivalent to almost 70 times the weight of the Statue of Liberty.

For Heineken Spain, this project represents the fulfilment of a long-term commitment to sustainability, which is now a reality thanks to a global strategy. In this way, it moves closer to its goal of being a 0.0 emission brewery by 2025. A challenge in which it will soon embark with a new biomass thermal installation at its Jaén brewery, which will become the first brewery in Europe to produce its beers exclusively with renewable energy, both solar and thermal. 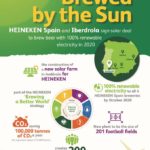