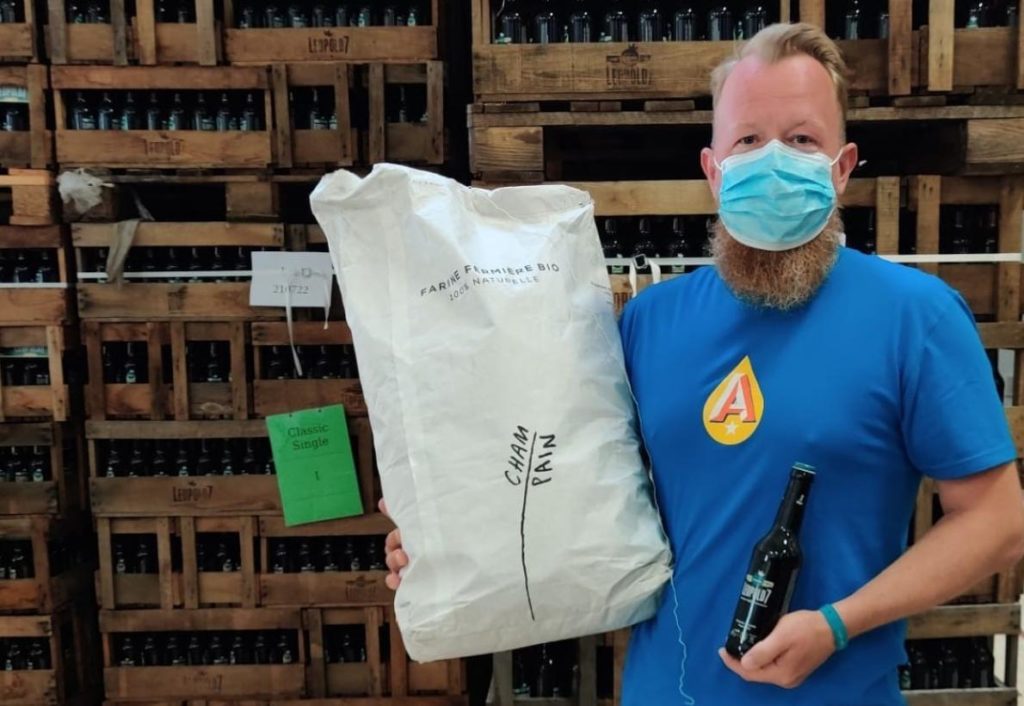 Léopold 7 brewery and the Champain bakery

The initiative of the Léopold 7 brewery and the Champain bakery is a good example of circular entrepreneurship.

In a first phase, the bakery will donate its unsold bread to the brewery to be incorporated into their beers. Specifically, Leopold 7 will replace part of the cereals in their beers with bread. But a new raw material also provides the extra challenge of keeping the taste of the beer identical. So the new partners go step by step. The idea is to use up to 10% bread over time.

The brewery will then deliver the filtered grains that remain after brewing to the bakery to make bread. The bakery is planning to replace the water that the bakery normally uses to make bread with the Leopold 7 beer. That is not only good for the taste, but the yeast in the beer will also make the bread rise.

This collaboration valorizes by-products and thus avoids the loss of food. In this way, the brewery shows that it remains faithful to the 4Ps of sustainability : People, Planet, Participation and Perpetuity.