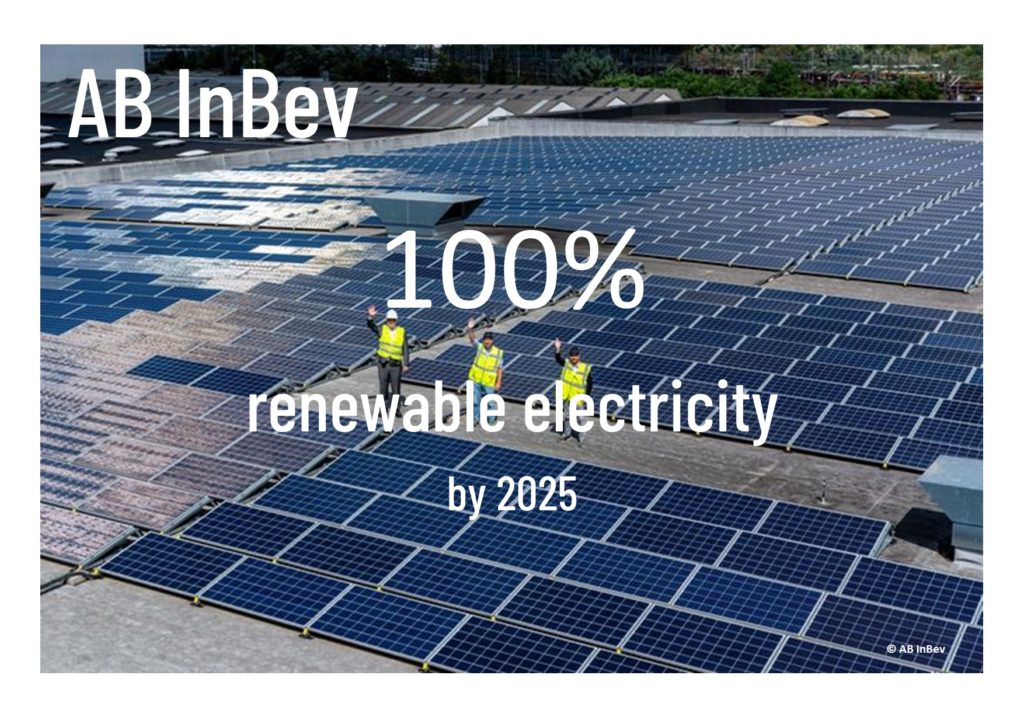 On the roof of AB InBev’s Stella Artois brewery in Leuven, Luminus has recently started installing 2,117 solar panels. All residents from Leuven will have the opportunity to co-invest in green energy and thus contribute to the fight against climate change through a solar panel project. 100% of the electricity generated will be consumed by the brewery itself.

The 2,117 solar panels on the roof of the brewery, covering an area of 3,800 m2, will produce 576,000 kWh of green energy annually. This corresponds to the annual consumption of about 150 families or to the production of almost 8 million 25cl beer bottles per year.

Dauvister, a subsidiary of Luminus, is responsible for the design, installation, commissioning and maintenance of the solar installation.

Stella Artois, as a sustainable brewer, wants to set an example and constantly strive to reduce our impact on the environment. They recently announced that they are investing in the largest unsubsidised solar installation in Europe, which will cover 100% of the electricity needs of our Western European, and therefore also Belgian, breweries. They are taking the next step towards their sustainability target of 100% renewable electricity by 2025.

At the end of last year, they installed 2,100 solar panels on the AB InBev site in Hoegaarden. Now it’s AB InBev’s site in Leuven. Thanks to their new solar installation in Leuven, no less than 139 tonnes of CO2 per year* will be avoided.

The city of Leuven is also enthusiastic about the new project. In order to achieve their climate ambitions, they need to generate ten times as much electricity from solar panels in Leuven by 2030 as they do today. They are therefore delighted that AB InBev, an icon in Leuven, is jumping on the bandwagon and laying its roofs full of solar panels. And they hope many companies in Leuven will follow.